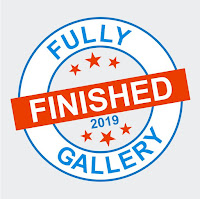 This new SAL is designed to motivate us all to do something with that box of Finished pieces instead of just storing them under the bed.  We will all be linking up on Rachel's blog on or after the 10th of each month (10 Hour Stitcher - 10th of the month).

Over the last month I have been very unseasonal!  I have continued with my progress on some older pieces which were all finished in the same way - Put It In A Bag For Twenty Years.

First up is a jolly little Santa from Mill Hill: 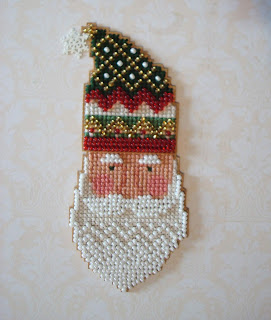 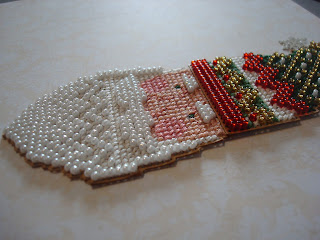 It took a massive amount of work to FFO him, two pieces of double-sided tape: 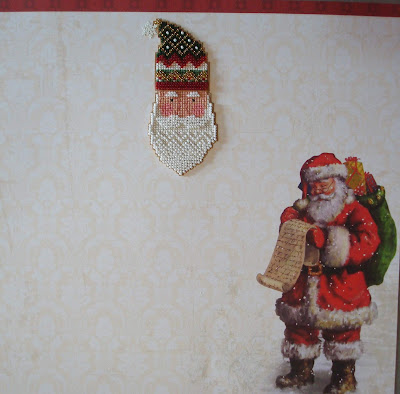 He looks a bit lonely so at some point I will stitch his friends: 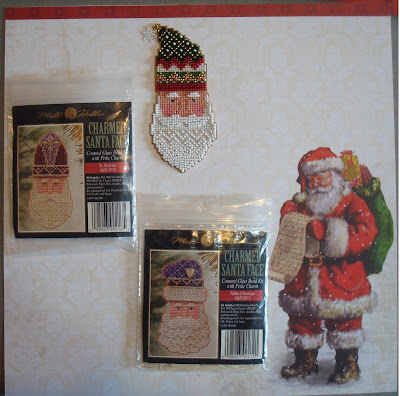 I only have the charts and some leftover threads as these came from my friend who was destashing a few years back.

The next piece was also a Santa, look how well he matches the paper I had in my stash: 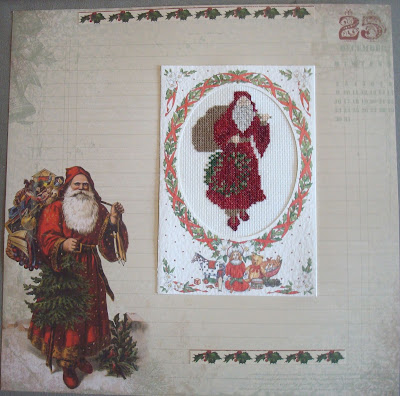 You can see how old this one is, issue 8 of Cross Stitch Collection from December/January 1993!  The card mount came with it. 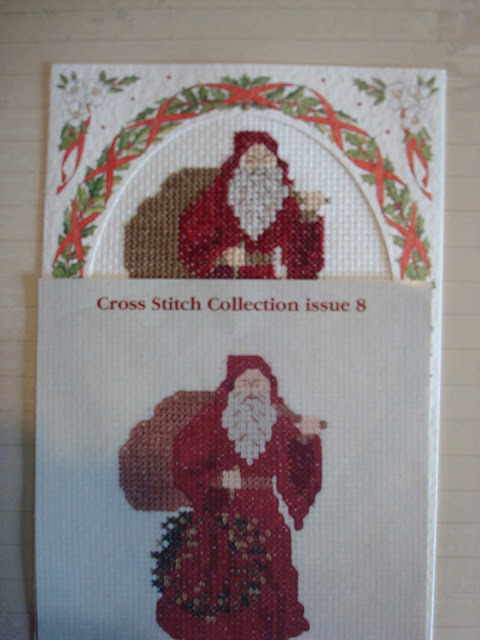 Now for something a little bit more recent, although still an older magazine: 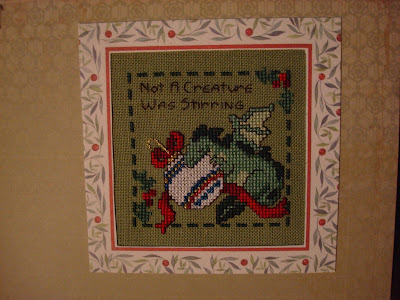 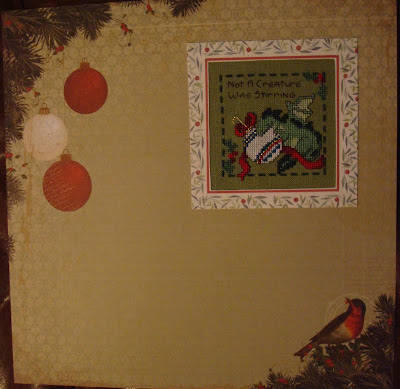 The little card frame came from an old Christmas card 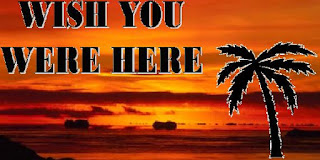 Posted by Jo who can't think of a clever nickname at 19:41

Great finishes and I'm sure your Mill Hill Santa will appreciate the company you are creating for him! I love the Dragon Dreams ornaments. I have quite a few on my list still to do.

Love your Sals , I need to get some of mine out of my box .
I must find more time .
Have a wonderful day .

Thanks for taking part again this month. It's good to see some really old pieces being given attention. Your finished Santas and the scrapbook papers were meant to be.
If there were prizes I think you would have to win the fastest-to-fully-finish-off and easiest-to-fully-finish-off categories. Two pieces of tape? That's really funny! :)

Great finishes. I have that very same old Santa sitting in my 'one day' pile. x

I like these santa designs, especially the beaded bearded Santa.

Great work with your scrap booking! I wonder what else is lurking in your twenty year old box.

Your Mill Hill Santa looks so great, Jo! I do not enjoy beading so I always admire those of you who have the patience for it. The detail is so wonderful in those Mill Hill kits!

Stunning santas Jo, the older ones are always so lovely to see stitched up.

Fantastic finishes! I of course love the dragon. I need to get a postcard photo mailed to you. Hopefully will figure out what I want to use soon.

I really think a person should stitch whatever moves them so I love seeing the Santas!

Jo: I love the older magazines, I find so many things I want to stitch I put a sticky note on that page just in case I ever get caught up with my basket of things to do now.
I love the Mill Hill Santa's of course they have beads and I love me some bead projects.
Your finishing with the cards are lovely, what a great idea to use a card to frame a stitched design, I have to steal your idea.
I must join the international Summer Blog Hop what a fun idea.

Great work Jo, eaded ornaments can be a little fiddly but always look amazing. Your Santa is gorgeous.

I always love seeing what you have been stitching. I love older magazines too. Your finishes are so cute.

The Dragon Dreams ornament is very cute. Your Santa looks great, and the additions will work well. I'd like to take part in the blog hop please x

Your Santa looks great and so will his friends! I love how the next Santa goes so well with the paper.
Of course the dragon is precious, are you sure he shouldn't be hanging on your Christmas tree?!
I'm still thinking of what post card to send...

Oh, I've made that Mill Hill Santa, maybe more than once! And I LOVE the old fashioned Santa! Amazing how you have paper to match!

I love all of your Christmas stitches Jo. Great work as usual. RJ@stitchingfriendsforever