The Crazy and Cheerful Alphabet Club

It's the first Saturday of the month, so it's time for detention!

"They only met online, but it changed their lives forever" 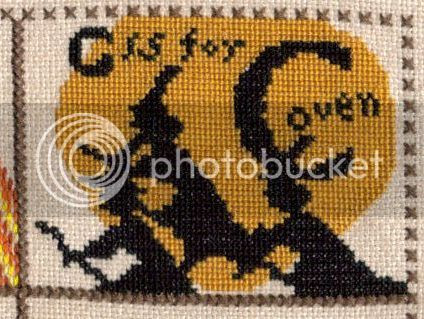 This month's letter is C for crazy and cheerful and Chiara!  Also Coven in the photo above, taken from A Dark Alphabet by A Note of Friendship.  C is also for crochet as shown in my current Alphabet Club project; A Stitcher's Alphabet by Brooke's Books Publishing: 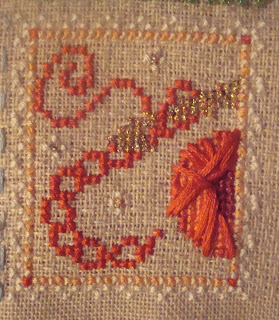 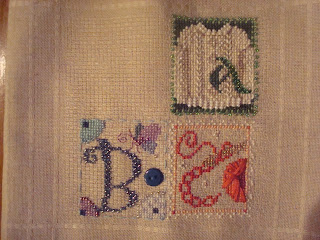 The whole piece so far.

I am stitching the alphabet on a long thin piece of afghan fabric which I will eventually sew togther into a book.  This will be the cover and the missing space will have the title stitched in it.

I don't do Crochet and I shall ignore Cross Stitching and save it for X so C as a theme could be Christmas (which could also be an X).  I don't often stitch cards because of the amount of time involved but here are some from 2011: 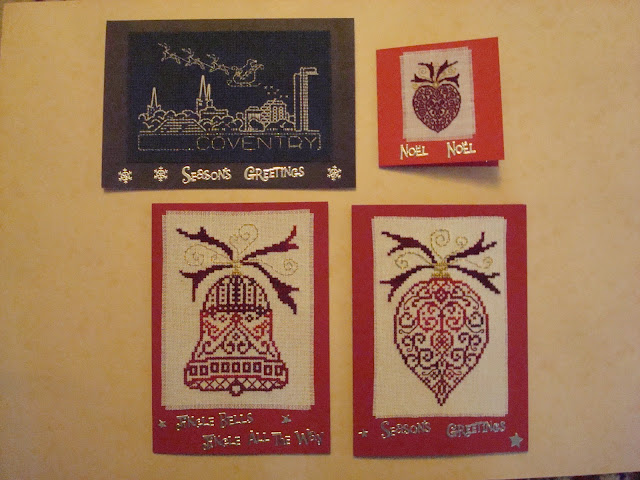 The city skyline always makes me laugh.  The designer had chosen some beautiful iconic cities to stitch.  And also Coventry!  Anyone who has ever been there will appreciate why I laughed so much.

But it does begin with C and is a City too so most suitable for today.

We often think of Angels at Christmas and here is my interpretation of Joan Elliott's Christmas Angel: 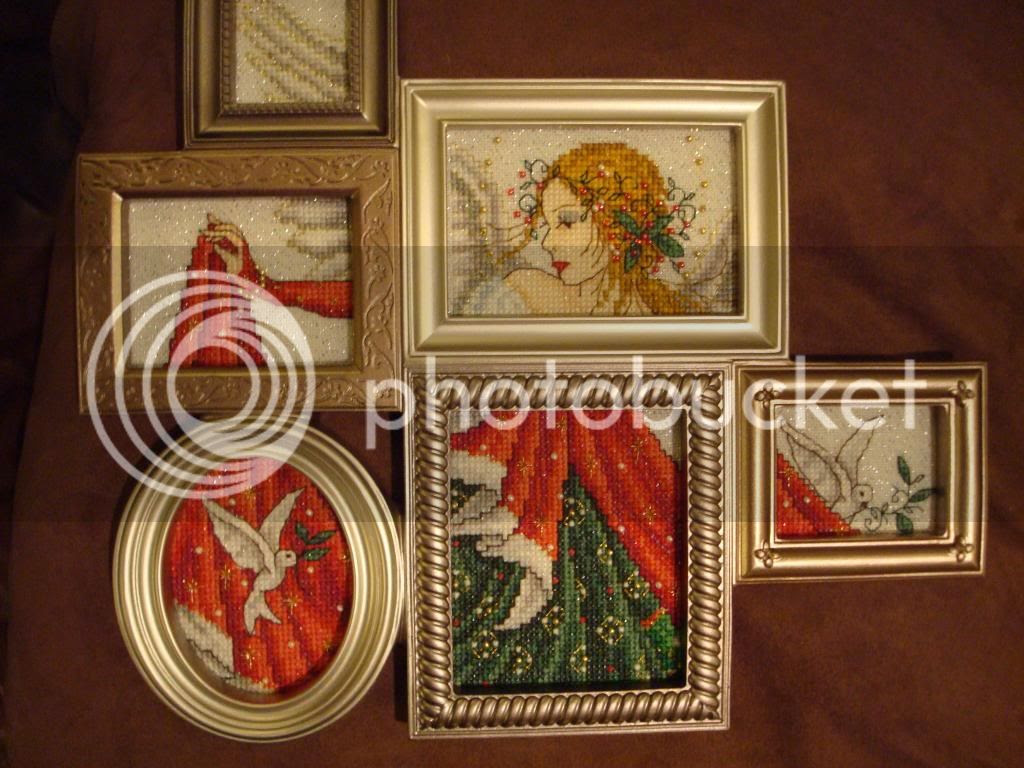 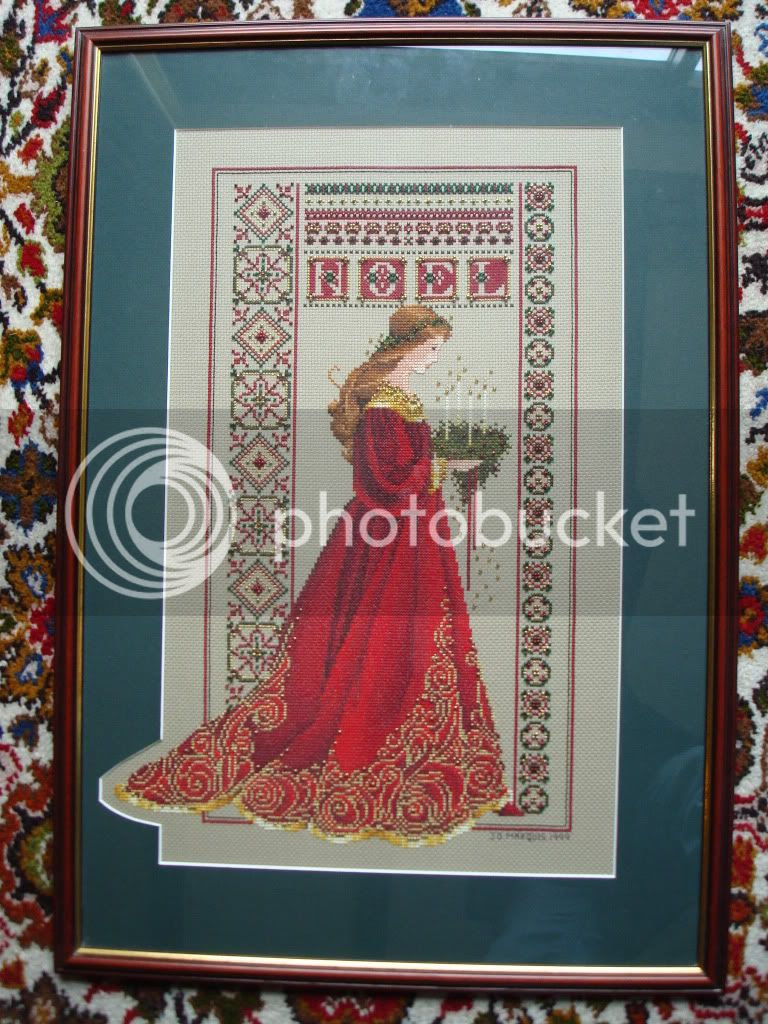 My C UFO is a very old one: 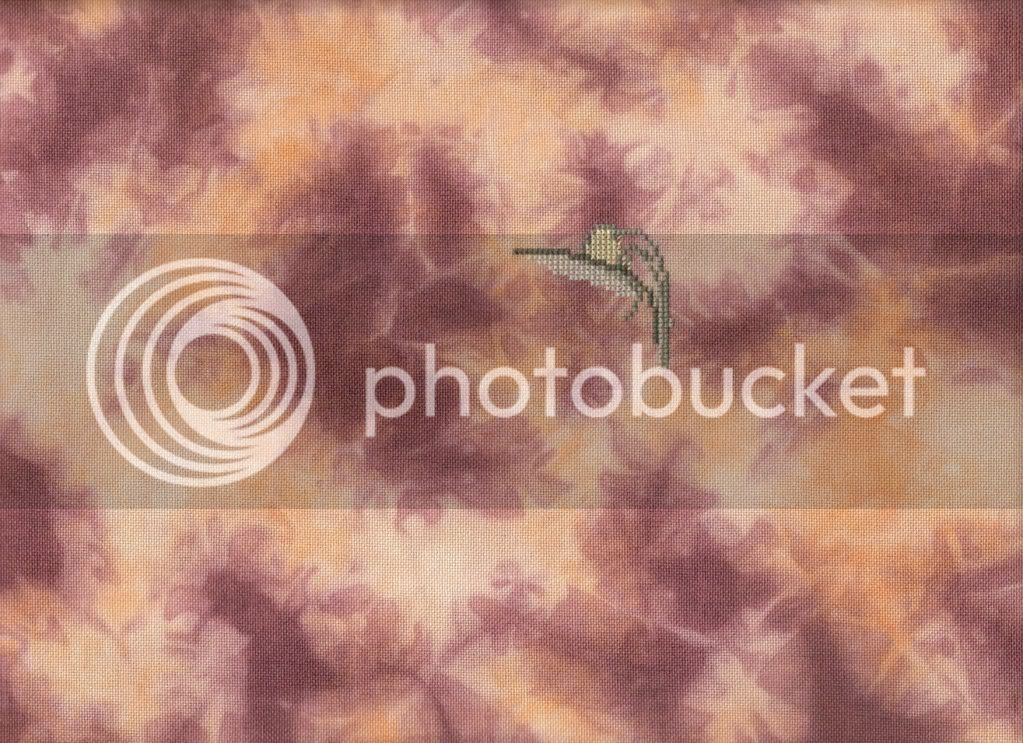 What an embarassingly small amount of stitching!  The fabric is called Monarch by Sparklies.  Do you remember I said Kate dyes mad fabrics?

And my WIP is a CCN design which I started for the DUCJC this year: 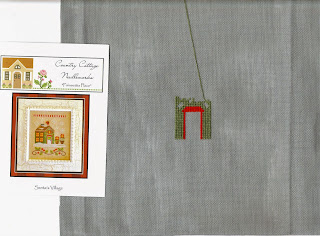 Obviously CCN is a designer I like and there's also Nora Corbett (she can be C as well as M for Mirabilia as she designs under two different brands).  On my WIP list this year I have her Little Snowy Gray Cottage and J is for Joanne: 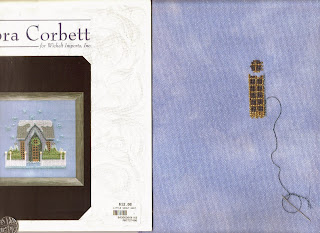 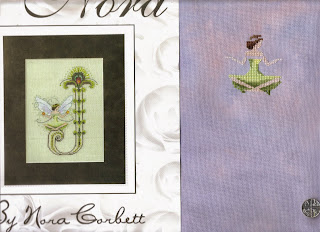 Both are stitched on hand-dyed fabrics from Crafty Kitten, another C!

Of course the ultimate C designs must be Martine AKA Chatelaine Designs.  These gorgeously intricate designs are on everyone's "favourite" list and one of the hardest things is choosing just one.  I had finally made my decision - Gardens of London 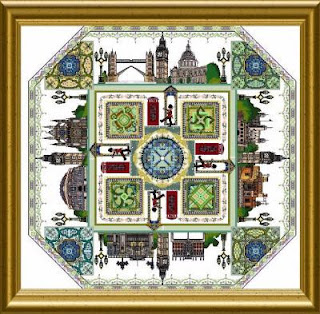 then she goes and releases this one: 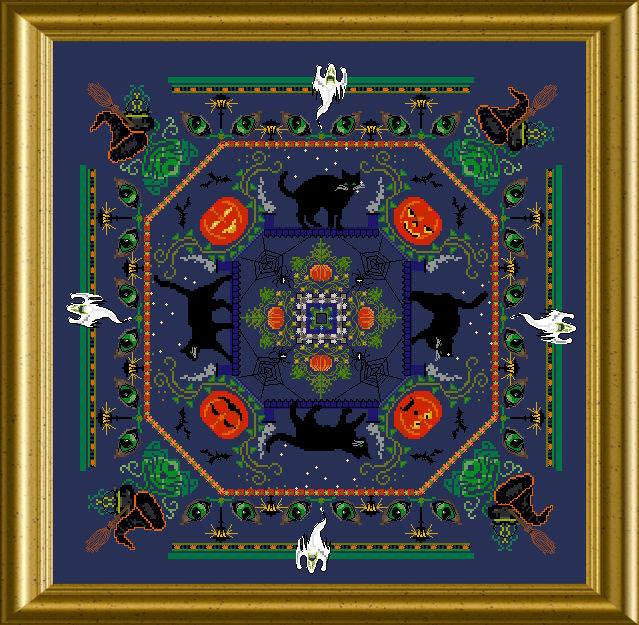 What am I supposed to do now?

And now on to the Blog Roll, some of the blogs I love to follow beginning with C:

Cross Stitch and Other Musings
(the lovely Ewa and her HHH3)

Oh my gosh, I have realised there are loads more C blogs!  How about you scroll through my blog roll and pick a few out?

Finally, Hallowe'en is fast approaching so it must be time to launch the Hallowe'en Trick or Treat Blog Hop.  Regular followers will know the format.  Leave a comment here saying you would like to take part in the hop as a Picture Poster.  When I have everyone signed up I will choose a Mystery Phrase and allocate each Picture Poster a letter of the alphabet.  On 31st October they must make a blog post showing their letter and a photo of something they have stitched on a Hallowe'en theme.  On my blog there will be a list of all the contributors so people can hop around and collect the letters to work out the Mystery Phrase.  You don't have to be a Picture Poster to collect the letters and join in with the competition but all Picture Posters do get an extra entry in the competition.

Posted by Jo who can't think of a clever nickname at 19:48

My goodness you'[re ambitious!! I absolutely love your "crochet' piece. Is the hook all made of beads?

What a gorgeous display of C stitching. I'm in awe!
Your interpretation of Joan Elliott's Christmas Angel is just stunning.

So many beautiful c's! The coven is such fun!

Love all the c things, it's all wonderful. Love all your stitching, gosh your busy!
Smiles :)

Wow I love all of your projects. I fell in love with the Halloween mandala when I first saw it and it may be my next purchase when I finish my banners :). Great post!

Lovely 'C' stitching! I know what you mean, it's so hard to pick a Chatelaine. Good luck choosing! :D

Great post!! I love all your stitching and the blog roll and especially your interpretation of the Christmas Fairy, that is so unique.

Fantastic stitching you have on display today! And the coffee fairy fabric....gorgeous!!

The way you stitched that Christmas Angel is amazing Jo. I absolutely love it. You sure are clever. Love all of your other stitching as well.

Stunning stitching. I love the black xmas card, with Santa and the reindeer! Your angels are so pretty!

Wow, so much for C! I'm really having trouble finding something to blog about since C isn't very common in German, but you - tons! I love your Christmas Fairy, and the little crochet-C, and everything! I didn't know Chatelaine has a Halloween Mandala now, it looks wonderful!

Great post with lots of lovely things. The Joan Elliott in the varied frames is wonderful.

Beautiful stitching pieces, Jo!! I liked the alphabet sampler with all the glittery effect!!
Thanks for listing my blog!! I will check others too.

Love your C post!! Brilliant collection of C's... (collection - another "C" word!)
"London" is so on my list of Chatelaines to stitch but I haven't bought it as I still have others sitting in the drawer waiting to be stitched!! And I just love the new one she has done - I am seriously thinking of getting this one (it would be a great Halloween SAL project) :o)
Your JE Christmas Angel is brilliant - what a great way to stitch and finish!
Can't wait to see what "D" has in store for us next month!
Hugs xx

So many C words and all of them related to your favourite hobby. It's so great to see your finished Christmas Angel and Celtic Christmas. Both are great pieces. And Chatelaine's Halloween Kittie Mandala is so you :) I always love to see your section of blogs starting with the respective letter. There are always one or two that I still have to discover. And thanks again for including me in the A post.

I love your stitching! Your Angel is absolutely stunning!XOX