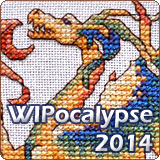 The main focus of my WIPocalypse this year is my "14 in '14" a list of 14 projects I wanted to complete in 2014.  In the last month I have worked on four of the list.  Here is the current stitching status of each one: 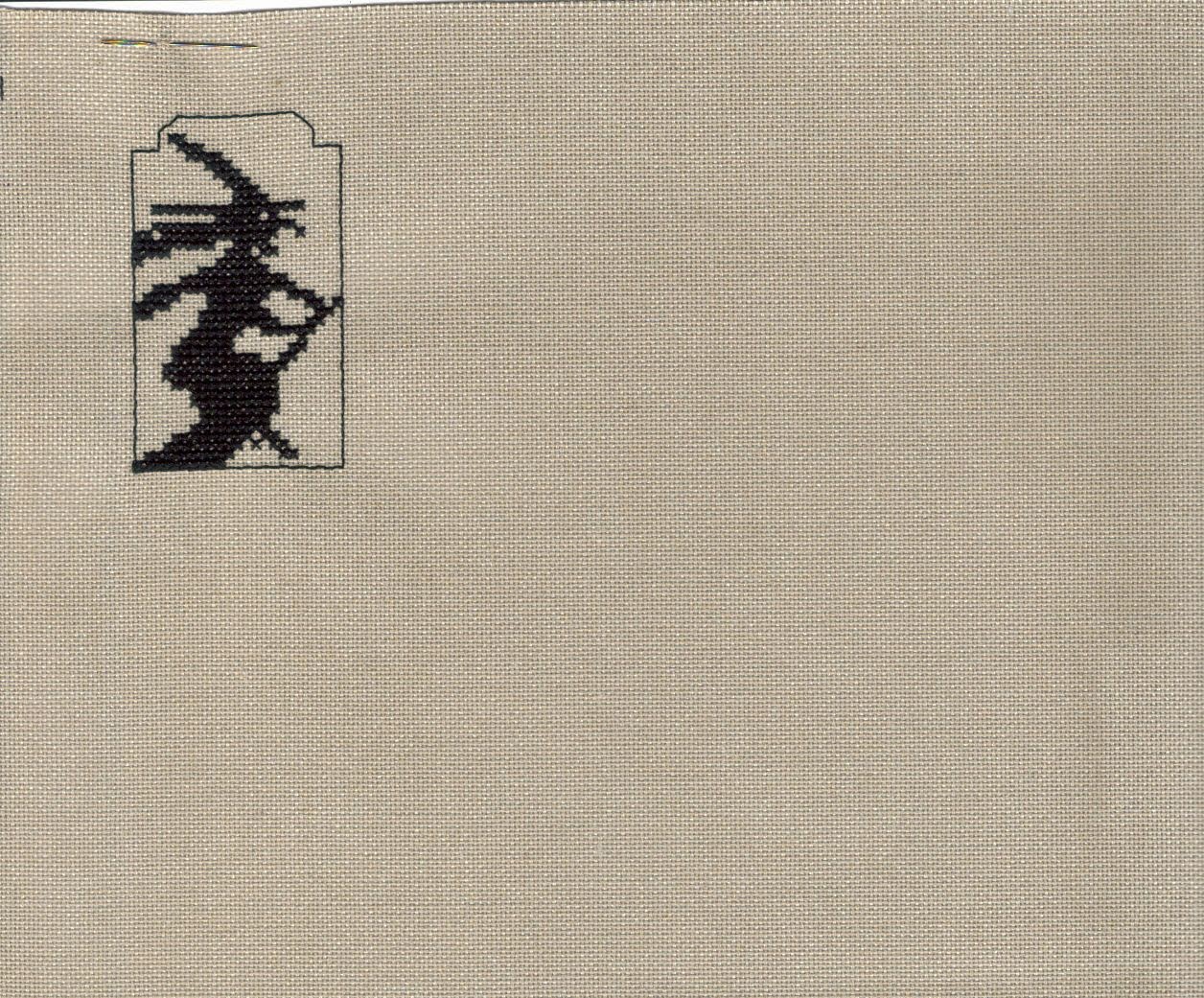 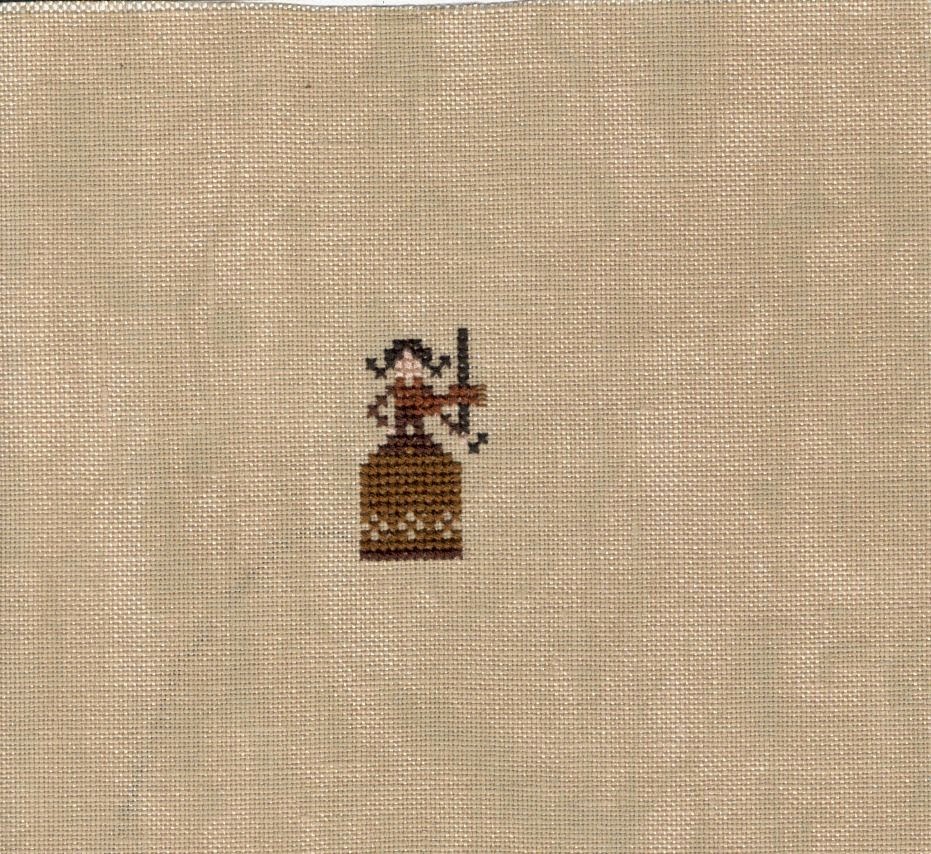 7. The Little Stitcher - 12 Days of Christmas 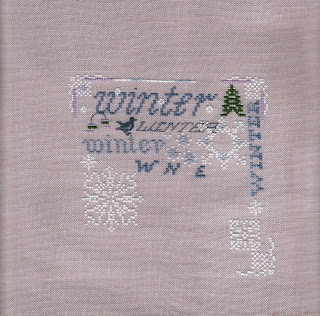 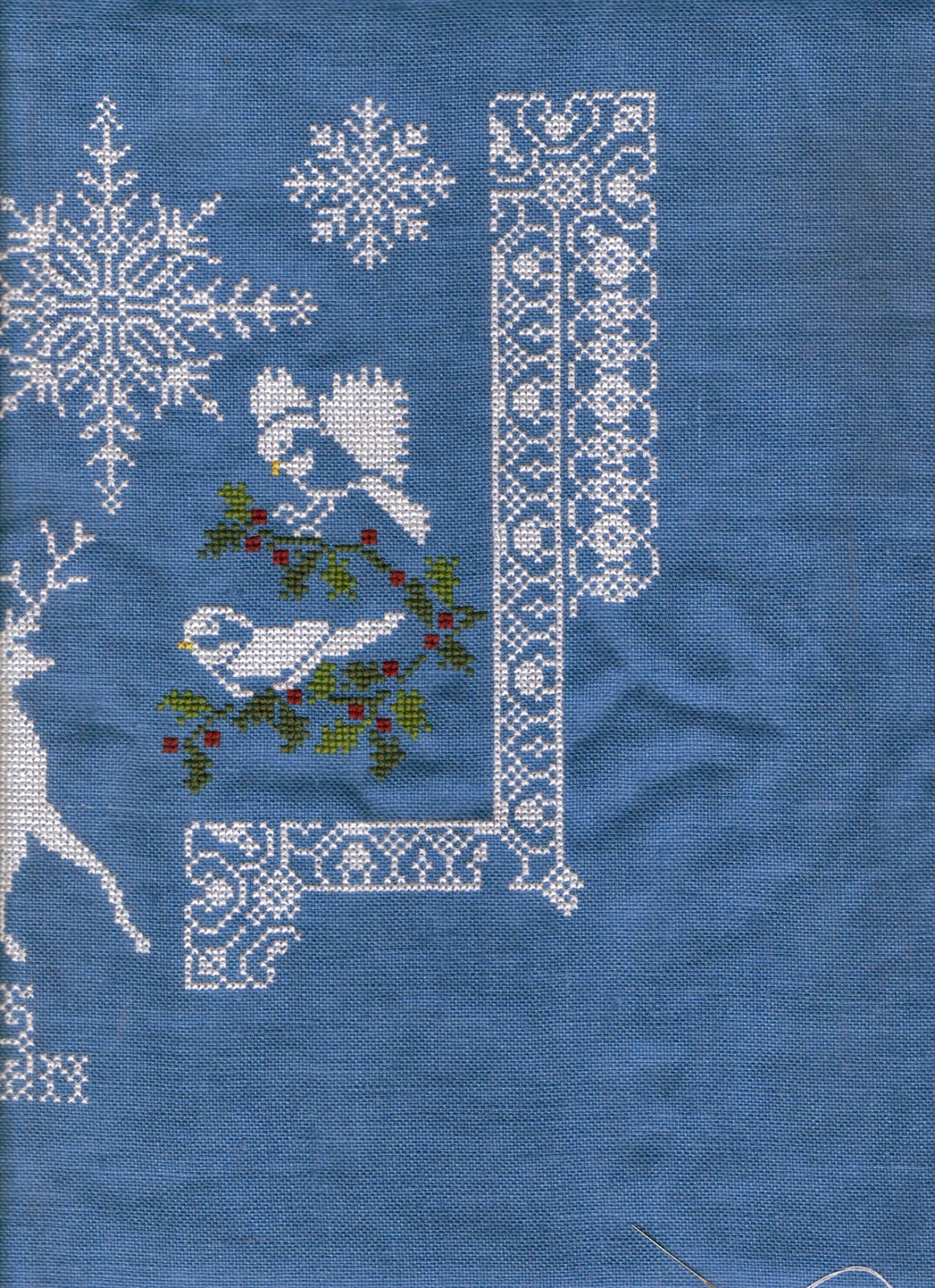 Measi also gives us a topic to discuss:

June 13      Have you ever been to a stitch gathering such as a retreat or a festival? If so, tell us about it!

I have been on two quite different gatherings.  The first was a Re-Treat with the emphasis on the treat.  Two sisters owned a converted barn where they held the retreats for only 6 other ladies at a time.  One sister taught the stitching and the other sister did the cooking and also the pampering in the evenings.  I had a wonderful time!  We spent three days just stitching, chatting, eating, having our nails done and shopping in the pop-up shop they had there.

The second gathering was more formal, based in London at the Imperial College in Kensington I signed up for a goldwork course.  This was fascinating but sadly I never finished the project...

Since having children it has been impossible to get away for such luxuries as stitching weekends.  However I did manage a day out in London to meet up with Nicola and some of the Scarlet Letter Ladies earlier this year.  Full report here and group photo here: 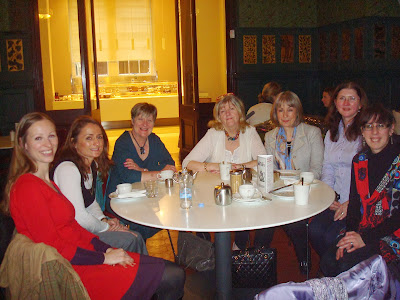 There are a number of get-togethers I would like to attend, the Mira Minions have one organised for next year already and Dawn from Crafty Kitten is also organising one for her 5th birthday (the company's, not her's!).  The ladies from Needlecraft Haven also get together regularly and it would be great to get to either Ally Pally or Harrogate for the shows there one day.  I used to love going to the big show in Olympia too.

Maybe I should organise my own retreat so you could all come to me!!

Finally, since the demise of the Google Reader I have been using Feedly which I really like.  Until this week when it has been cyber-attacked!  It's called a Denial of Service attack and the baddies flood a website so it crashes and then demand a ransom to leave.  Each time Feedly fixes it they get attacked again and off it goes.  I could read blogs via my Dashboard but when Feedly comes back they will show as unread and I'll have to mark them all off again!  Oh, the problems of the First World.  So if you miss my comments now you know why.

I noticed the problem with Feedly too. I use my dashboard though. Feedly is just a back up plan. ;)
I have never been to a stitching retreat. I have never cross stitched together physically with another stitcher at the same time!

Great progress on your projects!
I've had bad luck with readers since Google shut down theirs - I really liked The Old Reader, and they suddenly decided to start charging, so then I switched over to Feedly, which now goes belly-up for 3 days... not amused!

Amazing re the Feedly attack - that is just awful, isn' it? Love your stitching progress and interesting to read about your retreat experience.

New follower here! Loving the look of your wintery stitching. Especially the one on blue fabric, really makes it pop.

Nice progress on all your projects Jo.

Beautiful projects!!
Never been on a retreat.
I use inoreader.
Have a nice weekend!
Lili

All your stitching is looking lovely - as always. I have signed up for Gaynor's retreat next year which will be my first ever. I'm so excited!!!!!!

The retreat treat sounds like a lot of fun.
Great projects you are working on.
Still loving the Noel Blanc.
Marilyn

Let me know when your retreat is! =)

Love your projects, Retreats are the best place to meet and enjoy other stitchers.

I just use my dashboard to follow blogs. It works as long as you remember where you got to last...

Noel is still my favourite, I just love the blue fabric and how the white pops on it ... when you see my monthly challenge you'll know where the inspiration came from!!

Just found you through blog hopping.
Your stitching is all lovely.

Sorry to hear of your troubles with Feedly.

You have some great stitching going on!

I also read my blogs through Feedly and now they seem to have solved the problem imposed onto them by those weird people. Fortunately my blog reading wasn't affected too much because I read mainly in the morning hours and the attacks started in the early afternoon.

Your retreats sound very good, all of them. I have never attended a stitching retreat because there aren't any around here or in any other part of the country I know of. I just meet up with two stitching friends every now and then, more then than now lately, lol. So my stitching community are all the lovely stitchers whose blogs I visit :)

Very nice progress on your projects.

Your stitching retreats and get-togethers sound like so much fun. Your WIPs are beautiful. I am looking forward to more of The Little Stitcher 12 Days of Christmas! Is that one of the "8 maids a'milking"?