You saw my Friday progress on Mirabilia's Fairy Idyll in my previous post, that concluded a six day stitching period so on Saturday I turned to the current Scary Apothecary design.  This is a series of 9 designs from Hands On Design each featuring an Apothecary style label.  I have completed five in the series and this will be my sixth, hopefully this month.  That leaves three for next year.
This is Coffin Paint: 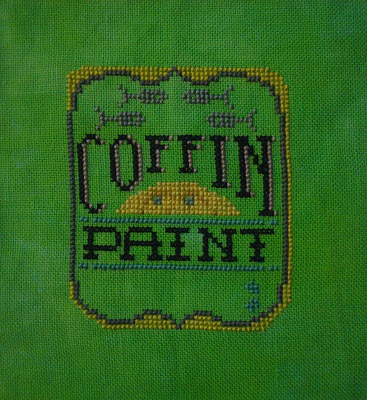 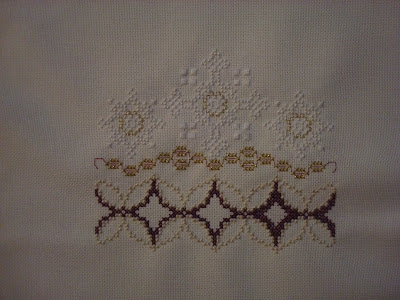 stitched on 28 count off white evenweave
We usually allocate a band to each week but as some of these are very large, we have two weeks to stitch one large and one narrow band.  I have done most of Band 3 this week.  Band 4 is a simple backstitch border.

Finally the next IHSW will be 17th - 19th December so make sure you note the date in your diary or come and join us in the Facebook Group - IHSW on Facebook.  If you don't do Facebook then you can check in here by leaving a comment on my post.

Jo who can't think of a clever nickname at 19:00
Share